Make the most of 4K content with our handy connectivity guide! It covers cables, switchers, splitters and all the major 4K content sources available today.

Making the best of 4K content shouldn't be difficult, but thanks to the variety of source devices and connection technologies on the market, there's plenty of confusion to go around. And with the recent launch of Sony and Microsoft's latest games consoles sporting HDMI 2.1, it's time to take the guesswork out of 4K.

What devices can output 4K?

4K is available on a variety of consumer products and services, and they can all have different 4K capabilities:

We'll cover all of these sources based on the content they provide, and show you best-case solutions for the ultimate 4K experience.

4K Blu-ray and Streaming over HDMI

Just about anything that's filmed or animated (The Hobbit trilogy excepted) is made at 24 frames per second, so it's much less demanding than gaming content. You'll be able to use any 4K-rated HDMI cable without getting into the weeds on 30Hz versus 60Hz or other special features. Choose cables up to 5 metres for basic HDMI, and up to 10 metres for Premium Certified HDMI or boosted HDMI. You'll get HDR support alongside ARC, CEC and other handy features.

HDMI High Speed with Ethernet
This standard HDMI cable is great for film and TV 4K content in lengths up to 5 metres. 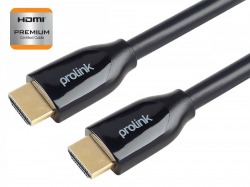 Prolink Premium Certified HDMI
These premium certified 18gbps cables can take 4K content up to 10 metres at a reasonable price.

PC Gaming at 4K over DisplayPort

4K has been a mainstay of the PC gaming scene for years, and while HDMI 4K is now possible, all the best gaming features are still on DisplayPort. High resolutions, high variable refresh rates and HDR are all possible over DisplayPort HBR2 cables up to 5 metres. If you're going for an ultra-wide monitor that's got even more pixels than 4K, you can also grab a HBR3 cable for extra bandwidth to ensure you can push through 60Hz and beyond at up to 5K or 8K. Mini-DisplayPort is also 4K-ready on both Windows and Mac. 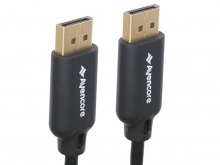 Avencore DisplayPort HBR2
4K@60Hz is no problem for these slick cables. PC builders with rejoice in the lack of locking tabs! 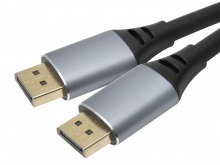 Premium DisplayPort HBR3 8K
With 5K and 8K screens on their way, high-bitrate DisplayPort will become the next must-have cable. 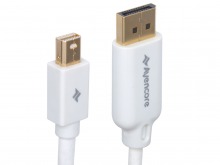 Next-Gen Consoles and GPUs with HDMI 2.1

HDMI 2.0 boasts 18Gbps bandwidth, which is able to handle 4K resolution, 60Hz frame rate, HDR and 4:4:4 colorspace. Unfortunately it can't do all of those at once, which is a real sticking point for gaming content! That's where HDMI 2.1 comes in. The full spec states 48Gbps, and the latest gaming consoles offer 32Gbps for PS5 and 40Gbps for Xbox, which is more than enough to put all of the best HDMI features together at once.

The drawback is shorter cable lengths. HDMI 2.1 48Gbps cables are limited in length to just 2m at time of writing, and 3m for the high-end revision coming next year. 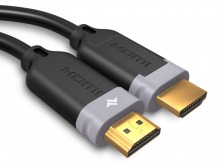 If you have multiple 4K sources and only one 4K input on your TV or Monitor, then a HDMI 2.0 Switcher is the answer. It takes care of the traffic directing so you can keep your devices cabled up and still swap between them from a convenient location. HDMI Switchers also 'reset' the bandwith loss over distance, so they can also help extend cable runs by joining two 5m cables! 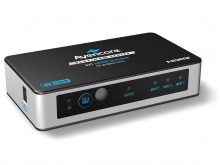 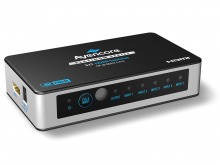 Need to send 4K content to two displays at once? This is more common in public spaces, waiting rooms, clubs and conference rooms than it is in the home, but our 4K HDMI Splitters make light work of duplicating the signal from a wide range of sources for simultaneous casting to multiple displays. They're also powered, so they boost the bandwidth and allow for 5 metre cables on both sides of the splitter for extra range. 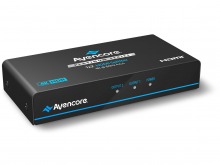 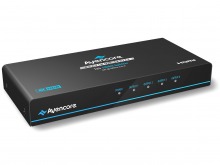 Not all USB-C hardware is made equal, so you have to check both your source device (ie: Laptop) and the dongle to ensure you have what's necessary for 4K@60Hz output using USB-C Alternate Mode. While 4K@30Hz can be fine for simple media chores like video playback or point-of-sale displays, 60Hz is absolutely essential for a smooth user experience for desktop duties like work processing as well as for gaming on an external monitor. 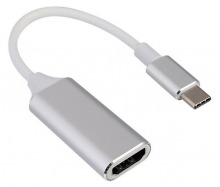 USB-C to HDMI Dongle
Pocket-sized and 4K@30Hz makes this dongle a good choice for non-gaming tasks. 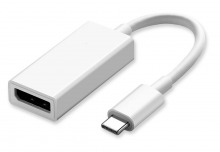 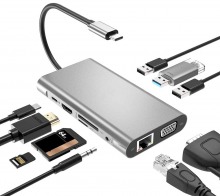 USB-C to 10-in-1 Hub with HDMI
4K@30Hz won't suit everyone, but the hub functions add much-needed versatility

Hybrid-fibre cables which use fibre-optics for the high-bandwith data lines are available for HDMI 18Gbps and DisplayPort HBR2. They can smash through the length limits of traditional copper cables with lengths up to 100 metres for HDMI and up to 50 metres for DisplayPort - good news for large home theatre rooms and VR headsets! Our special cables require no external power, so they plug-and-play just like regular cables. 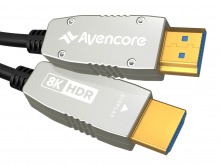 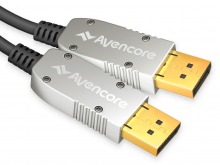 We haven't listed every solution we stock for 4K content, so please contact us if you can't find the product you're looking for.