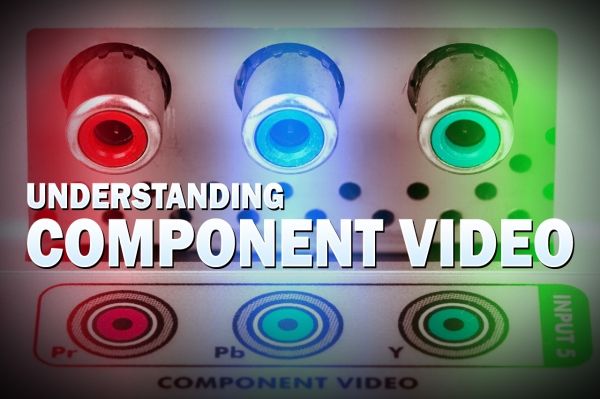 What is Component Video? Why do we need it? To get the answer to these questions and more read on.

What Is Component Video?

Component Video is an analogue signal that supports High–Definition (HD) video signals up to 1080p. It is an almost universal standard of video signal transfer with HD Home theatre equipment and is the only common consumer analogue signal to support progressive scan and high–definition resolutions.

Not to be confused with Composite Video which transmits data via a single cable, Component Video splits the video signal into a number of individual channels typically being luminance, blue – luminance, red – luminance. Separate audio cables are required when using Component Video cables as they do not support audio signals.

What Is Component Video Used For?

Component Video cable is used to send HD analogue video signals from one device to another. Being the standard output for DVD players you will find Component Video in most homes around the developed world.

How Does Component Video Work?

Component Video cables are most commonly made using a number of coaxial cables and RCA connectors. Typically there are three signals sent via three coaxial cables with the signals being:

What Is Component Video Compatible With?

Are There Competing Technologies To Component Video?

Whilst Component Video is a popular choice of High Definition analogue signal, its popularity with consumers has recently been declining in favour of digital alternatives such as DVI (Digital Video Interface) and HDMI. This is because of the increasingly better imaging quality that is available through the digital signals. View this YouTube clip for a demonstrate on the differences between Component and HDMI– View.

For optimal cable performance it is recommended that Component Video cables do not exceed 20 meters in length.

Cable Chick has a wide variety of Component Video Cables in stock for sale in lengths up to 20m.

Got a question about Component Video cable? Or maybe you have some advice? Contact us a: https://www.cablechick.com.au/contact/.