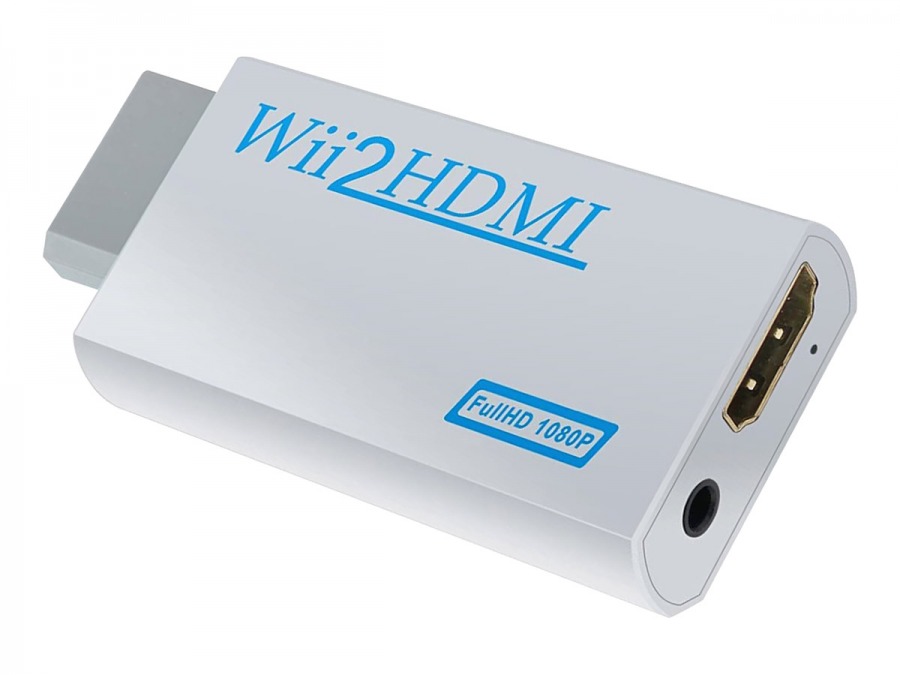 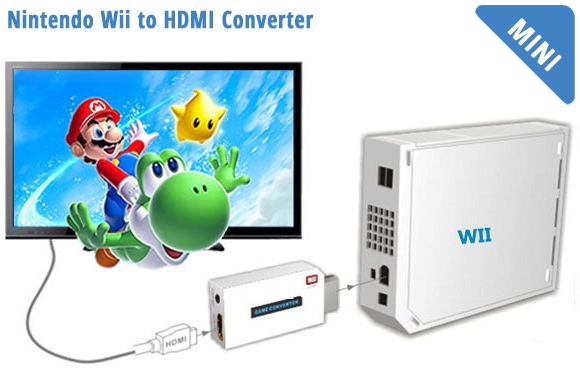 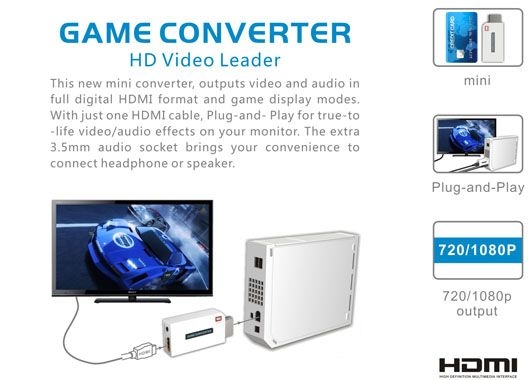 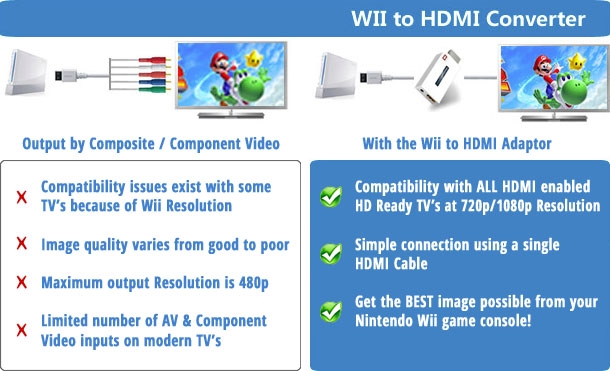 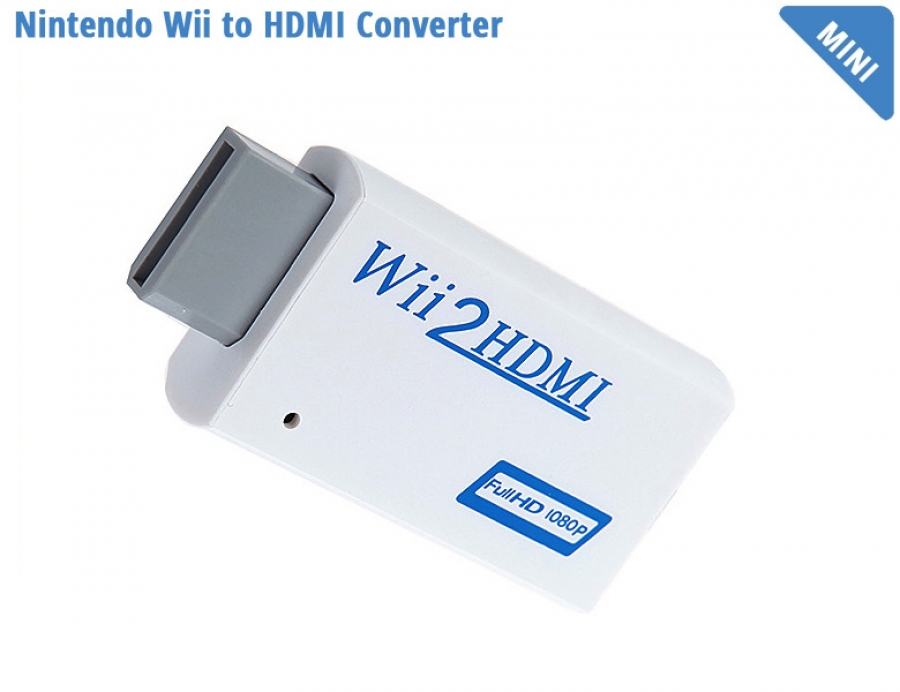 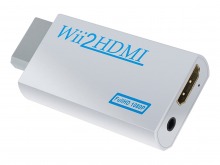 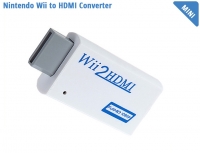 The perfect solution for connecting your Nintendo Wii gaming console to your HDMI TV!

Express Shipping Only $11
All Orders Over $75 ship for FREE!
Over 250,000 happy Cable Chick customers and counting...

The perfect solution for connecting your Nintendo Wii gaming console to your HDMI TV!

Converts from a Wii source to a HDMI display.

Cast away your old Analog cables and experience your Nintendo Wii games like never before, upscaled to Full HD 1080p!

Unfortunately the Nintendo Wii game console was released just before the full onset of HDMI enabled devices, however you can now bring your favourite gaming console back to the 21st century with this Wii to HDMI Converter.

Designed specifically for the Nintendo Wii gaming console (Wii Mini not supported), and smaller than a credit card (measuring only 78mm(L) x  36mm(H) x 15mm(W)), this small Wii console shapped converter plugs straight into your Wii's Multi AV Output socket, providing your with a Female HDMI socket and a 3.5mm Audio Jack - ideal for connecting headphones or an external set of speakers!

How does it work? This converter instantly changes the Wii AV signal to a digital stream, eliminating any loss of image fidelity over analogue cables. It then processes the 480i video using special hardware to stretch it to correctly fit a HDTV, and at the same time keeping the image sharp and clear to stay true to the original source. Don't forget to adjust your TV's sharpness preset to dial in the right level of image accuracy to suit your visual taste!

Check out our full range of retro gaming converters: Note: No Wii upscaler can increase the source resolution of the Wii output. All of its operations are performed on the original 480i/480p video stream, and jaggies will persist to some degree, variable by game.

I received my Wii to Hdmi converter, and it has saved a heap of arguments about how to connect a Wii to a Samsung LED TV. This is the only, quickest and most stress free way to do it. All's good - no more nieces and nephews whining because the Wii won't work and hasn't done since Christmas. I should have gone with my own research and not listen to all the nerdy input on how to connect it! Thanks again.

View all home theatre & AV Blogs >>
There are no Frequently Asked Questions for this product.

Customer Testimonial
"Just wanted to leave some feedback on what a great service you are running! I have found all the products I need, at half the retail price. I am sure to use your service again when in need... AAA+"
Mick, NSW
Did you know Cable Chick also stock Home Theatre Wall Plates?

Customer Testimonial
"I am personally pleased with my recent order. The TOSLINK cable is excellent and the HDMI cables are superb. I will definitely purchase more from Cable Chick in the near future."
Stuart, WA